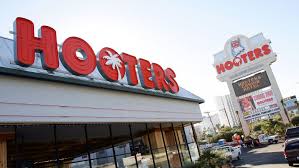 Hooters Restaurant. Former Hooters waitress Jodee Berry sued Gulf Coast Wings, the corporate owner of the Hooters restaurant where she had worked, for not awarding a new Toyota as a prize for her victory in an April 2001 sales contest. Berry alleged that her manager told the waitresses in the Florida Hooters that the server selling the most beer would be entered in a drawing (involving other Hooters locations) to win a new Toyota.

He laughed when Berry found not the car she expected, but a doll based on the Star Wars movie character Yoda (a toy Yoda). Berry did not laugh but sued instead. The case was settled out of court. The terms of the settlement were not disclosed, but Berry’s lawyer did say she would be able to afford whatever Toyota she wanted. What contract-based causes of action did Berry bring in this case? Defend the Hooters restaurant owner, Gulf Coast Wings. Make the argument that the Hooters manager never actually made an offer to the waitress. If an offer was made, how did Berry accept that offer? Make the argument that the offer and acceptance, if they existed, were not supported by consideration.